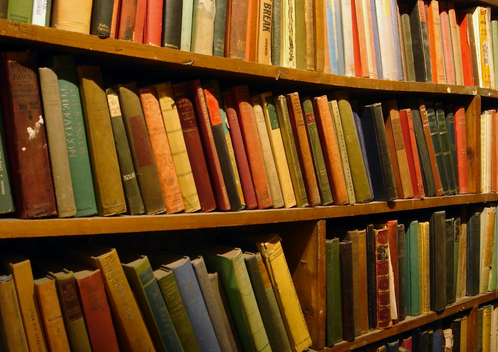 Last year was the first time in my adult life I didn’t have a bunch of required reading for some sort of academic program.  So in order to keep my reading muscles from atrophying I’ve made it a life goal to read at least as many or more books each year than the year before.  In 2015 I read 22.  This year I polished off 24.  Just barley made the cut.

Below is a list of the words and pages I wondered through over the last 12 months.  A majority of them were audio books, so that might be cheating-but I’m counting them.  Deal with it.  I’ve learned that while I love reading, I’m actually kind of a slow, but when it comes to listening to audio books, I can pound through them with decent retention.

I’ve noted my favorite books of the year with three of these ***.   Also, I’ve included an amazon link and a brief sentence or two recap for some context and for my own documentation.  The aim of this post is for my own benefit- so that I won’t forget.  I tend to do that pretty often.   Where was I?

Looking over this stew of titles you’ll see a range of topics mostly in the realm of spirituality with some definite themes of deconstructive and contemplative Christianity, but also a few pinches of Anthropology, Sociology, and memoir.  It’s interesting how each year has different themes.

Alright, here they are:

***God is Disappointed in You, Mark Russel & Shannon Wheeler
This was one of my favorite reads because of how funny it was.  Imagine Louis C.K. retelling the entire Biblical narrative section by section.  Folks who are a little more conservative with the Bible might find this a bit too edgy, but I found it creative, honest, and frigging hilarious.

The Denial of Death, Ernest Becker
This work by Becker is part psychology and part philosophy.  Basically, it’s an exploration of the human condition.  Ernest proposes that the fear of death is one of the main human drivers at the root of why we are the way we are.

Confessions, St. Augustine
I had read Augustine’s classic memoir a few years back for a Patristic Theology course, but picked it off my shelf again randomly.  Confessions is a foundational book for many reasons and I’ll probably revisit it again in the future.

***The Bible Tells Me So, Peter Enns
Gosh I liked this read.  Essentially, Enns deconstructs some of the more recent and fundamentalist approaches to the Bible and then reconstructs them in a modern, academic, and faithful way.  At the end of the book I found myself more drawn to God and with a broader understanding of the scriptures.  For anyone who’s wrestled with questions surrounding the nature of the Bible, whether we’re supposed to read it literally or literarily,  or why it seems to carry so much weight to Christians, this is a great book.

How God Changes Your Brain: Breakthrough Findings from a Leading Neuroscientist, Andrew Newberg, Mark Waldman
Coming from a scientific framework, these authors examined the affects of a God-belief on people’s brains.  I think folks coming from both a theistic, or non-theistic background would find their findings super interesting.

The Great Spiritual Migration, Brian McLaren
In his most recent work, McLaren casts a vision for the future of Jesus-centered faith movements in a refreshing, hopeful, ecumenical, and inclusive way that I think should be considered by anyone connected to this thing we call “church”.

***Finding God in the Waves, Mike McHargue
Out of all the books on this list I’m pretty sure I  recommended this one more than any other book.  In his first literary effort, McHarge tells his story as a scientifically minded individual who came from a fundamentalist background, left the faith when the inconsistencies of what he had been taught couldn’t be ignored any longer, and then ended up coming back to faith in a more robust, rich, and broad way.  Mike is a really smart dude and I’d recommend this book to anyone who’s a person of faith with questions or anyone interested in the big questions.  In the end he lands in a place of mystery yet grounded in science and logic.  Learning how he holds those things in tension is a much needed conversation for our day and age, and I can think of lots of folks who would benefit from this book.

Learning to Walk in the Dark, Barbara Brown Taylor
Barbara Brown Taylor’s aim in this book is to embrace the areas of life that aren’t as glamorous and also move away from a faith that is addicted to activity, hype, and triumphalism.

Attempting Normal, Marc Maron
Cynical, honest, depressed, and hilarious.  If you like Mark Maron, you’ll probably like this book.

Sapiens: A Brief History of Humankind, Yuval Noah Harari
This was a very in-depth exploration of the human story from an evolutionary perspective.   Harari does a great job using story as a way to make millions of years of history accessible and engaging.  If you’ve ever wondered about the evolutionary roots of human behavior or would like an intro to the subject, Sapiens is worth checking out.  Since my undergrad was in Cultural Anthropology, this was a great refresher.

Flourishing: Why We Need Religion in a Globalized World, Miroslav Volf
Like the subtitle asks, this book explores the benefits of religion to a modern globalized world.  Volf is a world class thinker, scholar, and theologian who’s ideas carry a ton of weight for me.  Folks interested in current events, ecclesiology, international policy/politics, etc, would enjoy this book.

Things Hidden, Richard Rohr
I’ve always loved Rohr.  In Things Hidden, the Richard explores some of the central themes of scripture in his typical contemplative and non-dualistic approach.  Like the Peter Enns book above, this is a great read for anyone seeking to broaden their experience with the Bible.

Crime and Punishment, Fyodor Dostoyevsky
Such a classic book – I don’t feel like I really need to say much about it, so I won’t.

***Leading with a Limp, Dan Allender
Probably the best book on leadership I’ve read.  Typically I don’t like leadership books because they always seem like repackaged redundancies from people trying to build their own brand.  Allender is the opposite, and he does an amazing job capturing a counter-intuitive and Jesus-y feeling style of leadership.  While this book is kind of about leadership, I think its wisdom would appeal to really anyone.

Sabbath, Dan Allender
Great book on something that I think our culture deeply struggles with.

Rescuing Jesus: How People of Color, Women, and Queer Christians are Reclaiming Evangelicalism, Deborah Jian Lee
Challenging to read yet so pertinent to our current moment.  In this book Lee explores the ways that the Evangelical church has marginalized many and how those on the margins are actually reinventing our faith tradition in much needed ways.  I think Lee’s voice and argument is incredibly important to the church, especially in the year of the Trump election which revealed the American church to be more in love with nationalism and patriarchy than the Kingdom of Heaven.

Water to Wine, Brian Zahnd
This book tells the story of how a conservative evangelical pastor found himself on a spiritual journey that led him to a broader, richer, and more ecumenical Christian faith expression.   I’d recommend this one to anyone who’s deconstructing American evangelicalism but still finds themselves deeply drawn to Jesus.

***Grounded, Diana Butler Bass
Wrote a whole book review of this one, so I’ll just link it here instead of saying much more about it.

Gilead, Marilynne Robinson
Great fictional story written as a letter from a dying pastor to his son.

The Sacredness of Questioning Everything, David Dark
I can’t remember how I discovered Dark, but I’ve grown to really like his writing.  He’s got a gift for turning a phrase, uses humor well, and is versed in culture and literature.  This book is all about embracing the questions as a fundamental human/spiritual experience.

Life’s too short to pretend you’re not religious, David Dark
Here Dark seeks to expand the definition of being religious to more than just traditional religious practice and experience.

Is God to Blame?  Gregory A. Boyd
In classic Boyd fashion, this book is a rich exploration of theodicy, or the question of where God is in relation to the evil and suffering in the world.  While I enjoyed his ideas, I’ve still never read a book that truly answers these questions in a satisfying way.  What I’ve found is that some things can’t be fixed or answered, only carried- and that’s what our faith offers us- a God who gives us presence and solidarity amidst all our trails.